Croatia, for the first time ever, is holding the rotating EU presidency. Its prime minister had been hoping for a chance to shine. But he may get caught up in the EU’s crises. And don’t forget his domestic troubles. 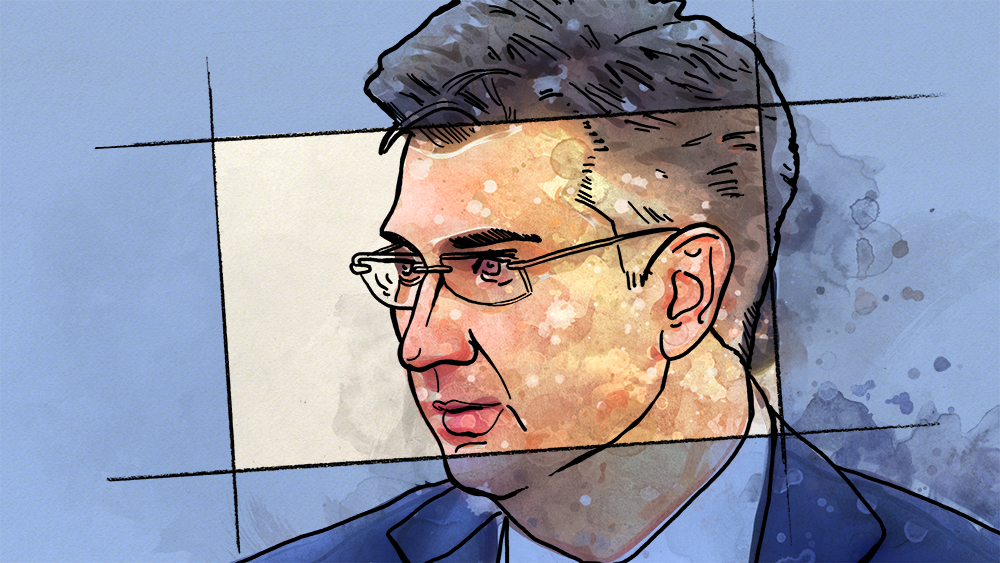 The New Year has just started, and Croatia’s Prime Minister Andrej Plenković finds himself confronted with a pile of difficult tasks. As president of the Council of the European Union, three hot topics have landed on his lap: the EU’s long-term budget, forging a Brexit deal, and EU enlargement. “Our presidency is coming at a crucial time for Europe, but also for a world,” Plenković said in late October 2019 when presenting his priorities for the country’s EU six-month presidency. The fact that it’s the first time ever that Croatia, the youngest EU member, having joined in 2013, is holding that office doesn’t make things easier.

Krešimir Macan, a former Plenković advisor and now a political marketing expert, believes it will be an “extraordinary presidency.” According to Macan, Plenković will make a special effort to solve the issue of EU enlargement, which is on hold after French President Emmanuel Macron’s decision to block Albania and North Macedonia’s EU membership bids.
“If there is anything I believe he will do very well, it will be the [EU] presidency, because it is his great ambition—the desire to show off in front of his European counterparts. I think he has invested a lot in the preparations,” Macan told the Berlin Policy Journal.

“This is not a success by itself, but it is a chance to do something. Plenković hoped to enter the presidency in a quiet period, but he is entering in it in a very unpleasant period, with two huge problems, namely Brexit and the seven-year budget plan,” Žarko Puhovski, a veteran political analyst from Croatia, told the Berlin Policy Journal.

Plenković was born in Croatia’s capital Zagreb to a university professor father and a cardiologist mother, and studied law at his hometown’s university. Foreign and European affairs have been close to his heart since the start of his political career. Shortly after completing his studies, in 1994, he got a job at the Ministry of Foreign Affairs as an associate in the Department for European Integration. In 2011, he joined the Croatian Democratic Union (HDZ), a conservative party that has ruled Croatia for most of the period since the country gained independence at the beginning of the 1990s. He became a lawmaker in the Croatian Parliament, and, in 2013, he was elected as one of the first twelve Croatian MEPs to the European Parliament.

In 2016, after his predecessor Tomislav Karamarko resigned over a conflict of interest, Plenković, not burdened by corruption scandals, became HDZ leader. This moderate pro-European was a perfect fit for party leader, especially after Karamarko had moved the party to the right—occasionally the far right—following the lead of Hungarian Prime Minister Viktor Orbán, whom Karamarko admired and whose authoritarian and nationalist politics he copied. Under Plenković’s leadership, HDZ, which is a member of Europe’s largest center-right political bloc (the European People’s Party, or EEP), has stepped back into the political center and renounced the party’s authoritarian tendencies under Karamarko.

During the last year’s wrangling about the set-up of the new European Commission, some Croatian media speculated Plenković could end up with the top job: commission president (the job went to Ursula von der Leyen). But Plenković never confirmed the speculations; rather, he stressed his support for EPP parliamentarian leader Manfred Weber, the former EPP’s Spitzenkandidat, who was subsequently blocked.

Two Goals: Schengen and the Euro

From the moment he took office as Prime Minister in October 2016, Plenković has called for deeper integration into the EU, emphasizing two important goals: joining the EU passport-free Schengen travel area, and becoming a member of the eurozone.

After sending a letter of intent to the European Central Bank last year to join the European Exchange Mechanism, or ERM-2, Croatia is now in a “waiting room” for countries that want to adopt the euro. It is unclear how long it will stay there, but Plenković wants the period to be as short as possible.

As for Schengen, the European Commission announced in October 2019 that Croatia had “taken the measures needed to ensure that the necessary conditions for the full implementation of the Schengen rules and standards are met.” Although Plenković presented this as a big step forward, the commission’s evaluation of Croatian technical preparedness was only the first step.

Additionally, the issue of Schengen and border regulation is very controversial in Croatia because for over two years, non-governmental and international organizations have been warning about human rights abuses at Croatia’s state borders, which are also the EU’s external borders. According to their reports, Croatian police frequently repel migrants and refugees who are trying to cross the border from neighboring Bosnia and Herzegovina, sometimes resorting to violence.

While countries in the Croatian neighborhood, such as Slovenia and Hungary, decided to “defend” themselves against migrants by sealing their borders with ever higher wires or fences, Croatia, according to the prime minister “was in a position to raise the wire at the border, but chose to strengthen the police instead.”

At the same time, Croatian authorities deny the claims about violence, pointing out that they have been praised many times in the EU for safeguarding its external borders. Even German Chancellor Angela Merkel has expressed her support of Croatia’s efforts a couple of times.

Pressure from the Right-Wing

While European leaders have only words of praise for Plenković, the situation looks quite different in his home country.

November 2019 saw the biggest protest yet during his tenure. The issue of the demand for higher wages for teachers, who went on strike nationwide for more than a month, brought tens of thousands of protesters to Zagreb’s main square, not only educators and members of teachers’ unions, but also people who were generally dissatisfied. Plenković eventually agreed to most of the unions’ demands and bought himself some peace. The magnitude of the protests, however, revealed a high level of social discontent in the country.

At the same time, the prime minister’s centrist course is strongly criticized by the right end of the political spectrum. In some right-wing circles, Plenković was even described as “the new leader of the left.” In March 2018, thousands of people gathered in Zagreb to protest the parliament’s ratification of the Council of Europe’s so-called Istanbul Convention. The non-EU body, which includes Russia and Turkey, is intended to combat domestic violence against women; the right-wingers claimed, however, that Plenković’s government was promoting “gender ideology.” The convention was ratified in the end, but many HDZ supporters were disgruntled, believing that Plenković had betrayed them.

The pressure from the right has not stopped since. Plenković’s government is often criticized for being supported by representatives of the Serb national minority. Since Croatia’s 1990s wars against the combined forces of the (former) Yugoslav Army and rebelling Croatian Serbs, intolerance toward the Serb ethnic minority has been very strong, and the right is constantly using it for political purposes.

This puts Plenković in an unenviable position, as he has to find a balance between the hard right and the center. He doesn’t want to lose more conservative and nationalist voters. At the same time, he is struggling to preserve the image of a statesman who cherishes European values such as diversity and tolerance.

His Biggest Threat: His Party

Plenković, whose favorite word is “stability,” actually has a hard time keeping control, especially in his own party. Because the HDZ was unable to form a government on its own, it was forced to enter a coalition. Its junior coalition partners are constantly raising new demands, having threatened to leave the coalition on many occasions. But since the 2020 budget was passed by parliament in November 2019, experts consider the relationship between coalition partners is stable—for now.

Observers agree that Plenković’s biggest challenge is to hold on to the leadership of the HDZ, since a considerable part of the membership, the hard-liners in particular, is not happy with his politics. Macan, Plenković’s former advisor, says that the way the prime minister is leading his party is causing the greatest disagreement.

“He directs it as a ‘normal,’ Christian democratic, center-right party, like the German CDU. But until recently the HDZ was a de facto movement, a broad tent that included people from the center to the far-right,” Macan said.
Intra-party elections are due to take place this year, and the big question is whether a strong personality, someone able to unite all the malcontents, emerges and challenges Plenković for the party leadership. Some party functionaries from the so-called right-wing faction have already publicly stated their intention to run against the prime minister.

Puhovski, the analyst, says that the period before the intra-party elections could affect Plenković’s conduct of politics and his managing of the EU presidency. “He will not be able to devote himself to the relations among European countries as much as he wants to. With one eye at least, he will look at the internal affairs of the HDZ,” Puhovski predicts.