The Kremlin was quick to send military medical aid to Italy, Serbia, and the United States. The shipments were part of a larger, multi-dimensional Russian influence operation aimed at getting Western sanctions suspended. 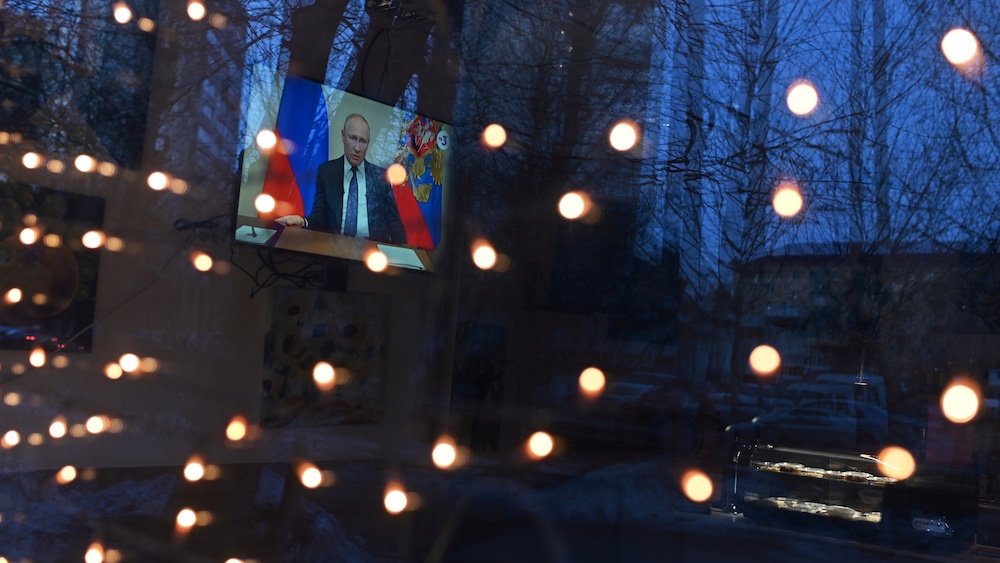 As the coronavirus was ravaging northern parts of Italy in March, Russia was one of the first countries to come to Rome’s aid, with the delivery of military medical aid. The final details were agreed during a phone conversation between Russian President Vladimir Putin and Italian Prime Minister Giuseppe Conte on March 21. The next day Russia’s Ministry of Defense began sending fifteen military transport airplanes to Italy, with 122 personnel and dozens of military vehicles on board. The Russian team consisted of military doctors, virologists, radiologists as well as disinfection experts, while the equipment included mobile disinfection and chemical defense units, and a mobile laboratory. 600 respirators were also delivered.

In Russia the military plays an important rolein handling all types of crises, including health-related ones, so it is not surprising that it was Russia’s Ministry of Defense that delivered the aid to Italy. As this was a military operation, Russian cargo airplanes landed in the Pratica di Maremilitary airport close to Rome, and from there they moved to the Bergamo region that was severely hit by the virus.

Russian aid was composed mostly of elements that could operate without constant cooperation with Italian medical personnel, such as disinfection units. Since they did not have to be integrated into the Italian health care system logistics were considerably easier than if Russia had sent surgeons or nurses, who would have had to work within Italian hospitals.

“From Russia With Love”

The Kremlin made sure to take the opportunity to make a witty gesture by labelling both the aid packages, as well as the military trucks sent to Italy, with “From Russia With Love” signs.

However, within days of the arrival of the first shipments the backlash started. Quoting Italian governmental sources, the influential newspaper La Stampa wrotethat 80 percent of the Russian equipment was useless, and the whole operation was aimed much more at gaining political influence than providing humanitarian aid. An expert at the Rome-based Gino Germani Institute said that some parts of the Russian deliveries could indeed be usefulbut voiced concerns about the possible presence of Russian intelligence operatives among members of the Russian team, who might have wanted to use the operation for intelligence purposes.

On April 1, a Russian medical aid shipment landed on New York’s John F. Kennedy airport. The giant Antonov An-124 cargo aircraft delivered large amounts of medical equipment, including masks, gloves, protective suits, and again respirators. Similar to the aid to Italy, this delivery also took place shortly after the countries’ leaders, Putin and US President Donald Trump, spoke. The Russian aid delivery created a sizeable scandal in the US, partially in the context of the upcoming presidential elections, and also due to the allegations about the role Moscow played in the election of Trump in 2016.

Several problems have since arisen with the Russian aid delivery to the US. In May, the Russian government charged Washington $660,000 for the aid shipment. Furthermore, the Russian transport included equipment that was not of much use in a pandemic, such as military-type gas masks and household cleaning gloves. The 45 ventilators that were delivered also turned out to be essentially useless due to the electricity network voltage difference between Russia and the US.

To make things worse, it later surfaced that some of the ventilators Russia delivered were the Aventa-M brand, which earlier had caused a deadly fire at a St. Petersburg hospital, killing several COVID-19 patients.

From April 3 on Russia started to deliver military medical aid to Serbia, too, with similar equipment to that sent to Italy. Details were again coordinated between the countries’ two presidents. Eleven Russian military cargo planes delivered 87 military doctors and specialists, including infectologists and experts on chemical warfare and disinfection. (As there is an existing multi-layered security and military cooperation between Serbia and Russia, Moscow delivering military medical aid to Serbia is a lot less surprising than it sending such shipments to NATO countries.)

In all three cases, the deliveries followed a similar pattern: Putin made the offer directly to the leader of the given country in a phone conversation, thus partially circumventing traditional diplomatic channels. Once the agreement was reached, details were coordinated by lower level officials; though not always perfectly, as the problems with the shipment to the US revealed.

Concerning the United States in particular, Russia from the very beginning hoped for reciprocity. The Russian president’s spokesperson, Dmitry Peskov, openly declared that the Kremlin hoped for the US would provide Russia with its own medical equipment should Russia need it.

Indeed, there is considerable evidence indicating that in all three cases the dominant motives were political. The primary objective was to get the sanctions against Russia suspended. The deliveries to Italy coincided with a Russian initiativevoiced first at the March 26, 2020 G20 summit. Russia suggested that due to the humanitarian crisis caused by the COVID-19 outbreak, all international economic sanctions should be suspended until the end of the pandemic.

While Russian diplomats referred only to the cases of Iran and Venezuela without mentioning their own country, it was still clear that Russian diplomacy’s intention was to get the sanctions against Russia suspended. On the same day Moscow submitted a similar initiative in the United Nations. Hence, it looks as if Russia tried to use the aid deliveries to get the sanctions lifted by using a humanitarian argument, and Moscow’s own humanitarian shipments were to demonstrate the Kremlin’s good will.  In fact, the way Russia has been employing a universalist, humanitarian-oriented narrative is a good example of how the Kremlin is using Western value-based arguments against Western sanctions. However, Russia’s initiatives at both the UN and G20 were rejected.

Not giving up easily, on April 27, 2020 Leonid Slutsky, Chairman of the Duma’s International Affairs Committee and President of the Russian Foundation for Peace NGO wrote a letter to his Italian counterpart, Vito Petrocelli, President of the Italian Senate’s Foreign Affairs Committee, and a member of the Five Star Movement. In his letterSlutsky asked for Petrocelli’s help in getting all international economic sanctions lifted by putting pressure on Western countries. Slutsky referred to the Russian aid delivered to Italy, and also mentioned the humanitarian situation in Iran and Venezuela.

Also, Russia apparently intended to demonstrate that it was able to act much faster and more decisively than the EU could. A recent report by the EU vs. Disinfo project pointed out that during and after the delivery of Russian military medical aid shipments to Italy, Russian propaganda accusing the EU of being incapable and helpless was a lot stronger than usual. Meanwhile, the same disinformation outlets portrayed Russia as a responsible power able to provide an efficient reaction to the COVID-19 crisis. Regarding Italy specifically, Russian disinformation outlets particularly emphasized the narrative that “The EU is not helping, but Russia does.” Similar, anti-EU messages were targeted also at the Serbian population, where there is already a certain receptivity for such messages.

While no great success, it is highly unlikely that Moscow will abandon this project and particularly the strategy of employing a humanitarian narrative. The next voting on the extension of the most important EU sanctions is due to take place in September 2020, during the German EU presidency. Until then Moscow is likely to continue its information campaign and other efforts to break up or weaken the European coherence behind the sanctions. The military medical aid shipments constituted a brief albeit spectacular element of this larger campaign.