The French railway strike is President Emmanuel Macron’s first major leadership test. He might win this battle, but pushing through the rest of his reforms could be more difficult. 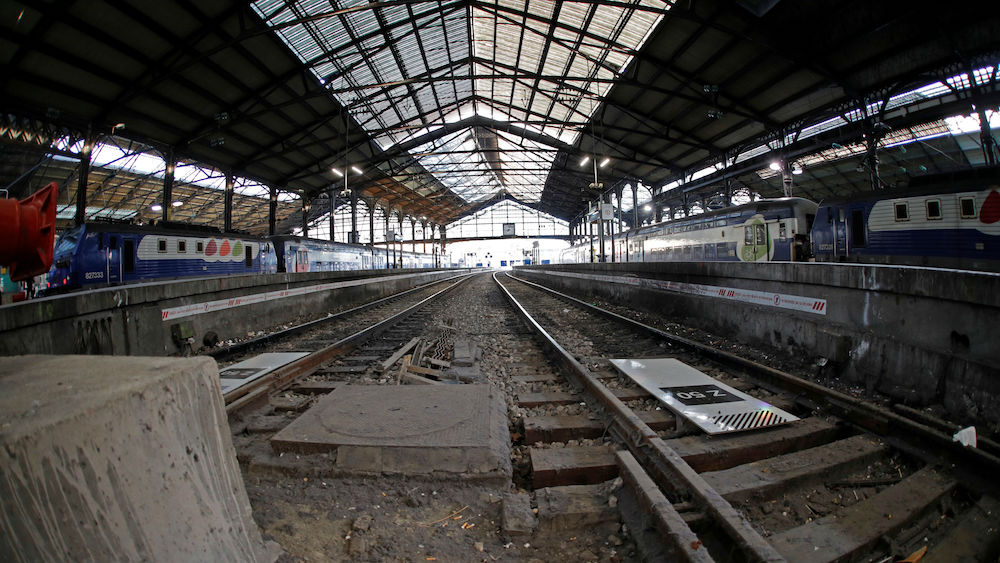 Outsiders looking at France from afar would be forgiven for thinking Emmanuel Macron is simply trying to shape up an inefficient company and make it internationally competitive. After all, France is required by European law to open up its state-owned passenger rail transport sector, which will happen successively over the coming 15 years.

The railway company SNCF therefore needs to shed its €50 billion debt—and abolishing railway workers’ quite generous benefits such as early retirement, higher pensions, and life-long job security is supposed to help the company get back on track.

But this is not only about figures—it’s about two opposing models of society. The strikers feel they are being made the scapegoats for years of misguided investments, especially in unprofitable high-speed routes, and they fear the reforms are a first step toward privatization. Their strike will last for three months—two days on, three days off. For now, three weeks into the walkout, 60 percent of the train drivers—crucial to keeping the system up and running—are participating.

The government denies there are any plans to sell the company. But waving the red rag of privatization gives the strikers a moral advantage.

“The SNCF is a symbol of the country’s public sector and the French are extremely proud of and attached to that,” said Bruno Cautrès from the Centre for Political Research at Sciences Po in Paris. “Many here are afraid that liberalizing the market will mean ticket prices will go up and the quality of the service will go down, and less-frequented train routes will be shut down. In their mind, privatization would make things even worse.”

Currently, six out of ten French are in favor of Macron’s railway reform—hardly enough to argue he has wide-ranging support. But Cautrès estimates that the numbers are likely to shrink in the medium term—once the effects of Macron’s policies begin to be felt.

The president will likely face even tougher terrain when it comes to reforms not yet tackled, such as the overhaul of the pension system and France’s unemployment insurance. The government aims to merge France’s different retirement systems and abolish benefits for specific parts of the population. The unemployed will be under stricter restrictions to make sure they are looking for a new job.

These reforms will come on top of a controversial labor law and lower taxes for investors. These reforms have been welcomed by entrepreneurs but stirred anger among some voters.

Macron’s approval ratings have faltered since he came to power. Now, 57 percent of the French are disappointed by his politics—compared to about 35 right after the elections last June. Cautrès says especially amongst left-wing voters, support has plummeted—and that that could be just the beginning.

“A lot of people haven’t made up their minds just yet. They do appreciate the country might need to be reformed, but they are not sure they are willing to live with the side effects—that is, the potential loss of the French social model, which for many is France’s defining feature.”

The railway workers are not the only ones to openly rebel against government policies. Other sectors have been on strike for weeks, including the postal service, waste collection services, electricians, and civil servants.

What’s more, students have been blocking various universities for weeks to protest a reform that will limit access for new students. Carla Bedouin, a 19-year-old history student at one of the paralyzed faculties, Nanterre University, where the May 1968 student revolt began, says she feels the country is at a turning point.

“Many people are beginning to wake up to what’s actually happening. The government is trying to erode our model of society and we will fight that,” she says.

Bedouin believes the growing frustration will lead to a “convergence des lutes,” or a convergence of protests: The different strike movements will merge and finally force the government to back down.

Philippe Marlière, a professor of French and European politics at the University College of London, agrees that dissatisfaction with Macron’s policies is on the rise. He points to a lack of socially-oriented policies in the new president’s government.

Instead, the president is opting for what many feel are repressive social policies.

Macron has enshrined the state of emergency into common law, giving the police wide-ranging powers and limiting civil liberties. And he is about to push through a new, tough immigration law that speeds up the asylum process—and deportation—for migrants. Aid associations fear it will turn France into a “proper expulsion machine,” as they have argued. There is open resistance, even among Macron’s own party in parliament for the first time since he came to power. More than a dozen La République en Marche MPs have been criticizing the draft for its “lack of humanity.”

This reminds many here of the so-called “frondeurs,” a group of rebel MPs under former socialist President François Hollande. Up to a third of his parliamentarians systematically voted against his laws as they felt his politics were too conservative.

Marlière says the rebellion against Macron could also gain further momentum—especially as he is more and more perceived as a right-wing politician.

On an international level, Macron has become the prototype of a modern statesman preaching a model for the future of left-wing parties. But at home, it starts to look like the French do not share his vision.