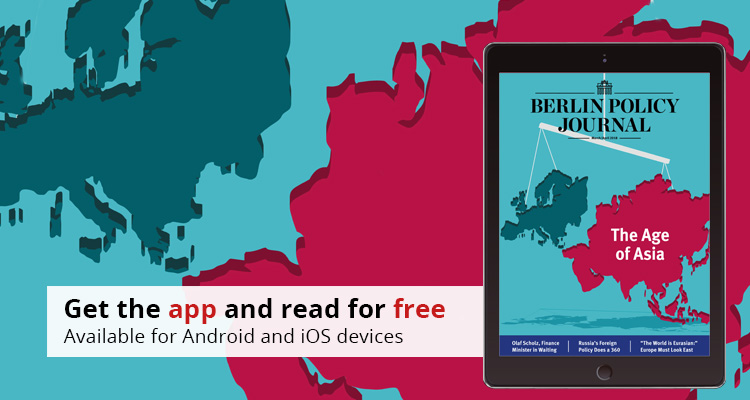 THE AGE OF ASIA

the age of asia

“Easternization” is happening at a remarkable speed,  and the EU is struggling to keep up.

“The World Is Eurasian”

Europe has to pay more attention to what happens to its east, says Portugal’s former Secretary of State for European Affairs.

Beijing’s 16+1 initiative is a direct challenge to European unity.

In some parts of South-Eastern Europe, China’s influence is growing fast.

There are lessons for Europe in Japan’s current struggles.

russia before the vote

Italy’s election season has turned into an all-out battle,  and words are the weapons.

germany and the un

Why Germany is seeking a non-permanent seat  on the UN Security Counil.

Emmanuel Macron is hailed as France’s most pro-European president ever. In reality, his policies are quite traditional.

The likely costs of Brexit for EU businesses are being overlooked.

Susanne Baer and Zsuzsanna Szelényi debate whether the rule of law is strong enough to ensure European fundamental rights.