Portugal’s former Secretary of State for European Affairs and author of The Dawn of Eurasia, Bruno Maçães, on Asia’s rise and the consequences for Europe. 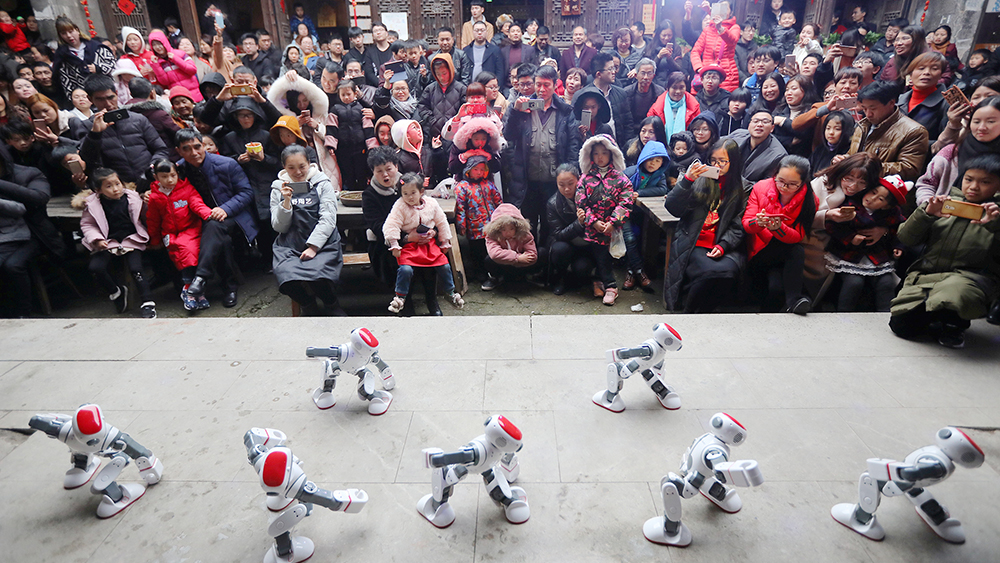 You are predicting that Europe will look to Asia in the future. Why? For the last 500 years, Europe has seen itself as the center of the world. Even when the transatlantic community was constructed, it was still seen as a part of European political tradition, of European values, which had been embraced across the Atlantic. My thesis is that we are reaching a point where the idea of European exceptionalism—that we have mastered modernity, modern society, and modern technology, and the rest of the world has not—has come to an end. I think China is the proof. We are now entering a world that is essentially bipolar. There is the West, or the European political tradition, and then we have an Asia that is at least equally powerful. That means that we have two poles: one European-American, and one Asian. The balance, the combination between the two, is what defines our age—no longer the relationship between Europe and America. My thesis is not that the transatlantic community will disappear, but that our world today is not Western anymore, the world is Eurasian.

Isn’t this observation based too much on geographical determinism? It’s based on different facts. The most obvious are infrastructure and global capitalism, which have been creating connections between Europe, the West, and Asia that never existed before. During the imperial age these did not exist because the two sides were in an entirely unbalanced relationship of colonialism and imperialism: Some places in Asia became European, some others became back corners ignored by everyone, and Asia disappeared from history for a few hundred years.
In the 20th century these connections did not exist either. We had the iron curtain and the bamboo curtain, and it was literally impossible to think of Eurasia as a unified space. Now we are in a time that is perhaps bringing the world back to Ghengis Khan—though it’s more likely a completely new world, with new variables.

Beijing refers a lot to the medieval Silk Road, especially with its new Belt and Road Initiative… …which in the way it is thought about today never existed. It is a romantic invention of the 19th century. No one travelled the entire distance from Europe to the Pacific with the notable exception of Marco Polo and a few others. There was very little trade, and what there was had to pass through lots and lots of links in a long chain. So we should have no illusions. When people started to dream about an integrated Eurasia, they invented the Silk Road. When we are building a new world, we always project that new world’s beginning into the past to find some foundations there. Yet often they are imagined rather than real.

What defines that new world? The intensity of trade, the importance of the Chinese economy, and the infrastructure that has been built. Against that backdrop, the competition from China has become more and more important—that’s point number one. Number two—the Russia question. Russia is abandoning Europe. Perhaps for the first time in its history, it seems to me, it is completely abandoning Europe …

… some in Europe may doubt this, especially in Ukraine. The Ukraine intervention was perhaps the last breath of a Russia that wanted to stay in Europe. However, compare the Ukraine intervention, which was a disaster, with what one has to recognize as the success of the Syrian intervention. My impression from different conversations is that this will reinforce Russian authorities’ idea that Russia should turn east: to the Middle East to consolidate its control of energy, to China, and to Southeast Asia and Japan.
Also, and perhaps even more importantly: We now have to deal with a world of deep integration but no convergence. It is a very dangerous world. And it has taken us all by surprise because we always thought that as the world became more integrated, as countries in the rest of the world caught up with the West, they would converge with us. And surprise—what has happened is that they have caught up with the West in terms of technology and economic development, but they have not converged. So now, in the 21st century, we have deep integration with different models—China continues to look successful to lots of countries in the world. .

Isn’t China still infused with Western thinking, though, given that the Communist Party is in power? Or is it in fact a different kind of mindset, a different kind of culture, a different kind of conception of the world? It’s a very different kind of conception of the world, but it’s a modern conception based on technology, on social change, on trying to constantly transform the future. But it is a different kind of modernity from ours. The most obvious difference is a certain definition of the collective, which is present everywhere. It is present even in the new technology they are developing. If you compare Facebook with WeChat, one obvious difference is that WeChat is more collective; at some point, you don’t even distinguish who is saying what, whereas Facebook has profiles with pictures and Western individuals. With WeChat there is a stream of thought, no one knows where it is coming from. So, I think that we going to see different kinds of technology inspired by a different culture, by a different tradition. It is going to be different.
And politically, China is still a mystery to lots of us. I don’t think it is a place where people enjoy a lot of individual freedom, let’s not be naive about that. But on the other hand, I think we make a mistake if we simply project our Western images of authoritarianism or dictatorship on China. It is a different reality, and it takes a lot of time for us to understand it. We are just beginning.

In the West, we used to think that a society like China’s isn’t really inventive. Do you think that the Chinese have cracked that nut by being an unfree society but also a creative one? It’s a society where there are areas you cannot enter, things you cannot talk about. But in the areas you can talk about, there is a very intense exchange of ideas. The inventive attitude is channeled in a particular direction by society and the state. But in those channels, competition and debate are encouraged. So it’s very different from the West, but it’s also not our model of an authoritarian society.
They have a certain taste for breaking the rules, especially when it comes to the economic sphere. We in the West have become addicted to rules and a certain idea of perfection. So if you build something, it has to be in accordance with 200 rules, and we take everything to an extreme. The Chinese move faster and they take those chances. We just have to be aware of that and try to learn what they want.

Where does this mean for Europe? It leaves Europe in a very delicate position. I think we’re going to feel more and more pressure coming from China and from Russia, and our alliance with the United States is not what it used to be. Of course, Europe still has enormous resources of wealth, of creativity, of knowledge. But Europe has to become more involved with the rest of the world, and with Asia in particular. Europe has to exercise its power more. It will have to define what it wants from China and from Russia, and what it doesn’t want. It has to pick its battles. And in the end, Europe has to spend a lot more time thinking about what is happening into the East than it does now. I’m very skeptical about spending the next ten years focusing on building the United States of Europe, because I think the next ten years we should focus at least in part on what is happening to the East.

Wouldn’t Europe be in a better position if it were more united and deeper integrated? I think we already have the resources we need, they are just not being used. We need to have more European foreign policy, but we already have the institutional structures for that. It’s more a problem of awareness and being able to exercise our power. And I think if we are too focused on ourselves, it will be distracting.

German Foreign Minister Sigmar Gabriel recently said that the only great power at the moment that has a grand geopolitical strategy is China, whereas the US seems to have lost theirs, and we Europeans never really developed one of our own. That was a fascinating observation. I think China had a very bad year in terms of its foreign policy; it made lots and lots of mistakes. I wonder if it wasn’t even worse than the year the United States had.
As far as China is concerned, we have created this image of everything that is mysterious. That means that we give too much credence to things we don’t understand. But I was also struck by the fact that Gabriel did not say anything about what the strategy should be. It was incredibly empty in this respect. So again, we have the beginning of an intuition that something important is happening and our relationship with China will be a very troubled one and a very intense one. But still there are no clear ideas about what to do.

Your answer is to engage, to exert a lot of effort toward the East, and to reorient our thinking and our attention? Yes. Turn toward those questions more and more, in a spirit that’s half cooperation and half competition. I think that’s also part of the new Eurasian world. It is always a hybrid between cooperation and connectivity on the one hand and conflict and competition on the other. Even the things that bring us together—the internet, information flows, migration—even those things can be weaponized. I think that’s the world we live in now. Half competition, half cooperation.