As the German government goes on summer break, many of the country’s most pressing issues have been neglected due to the row over migration. There’s much work to be done when they return. 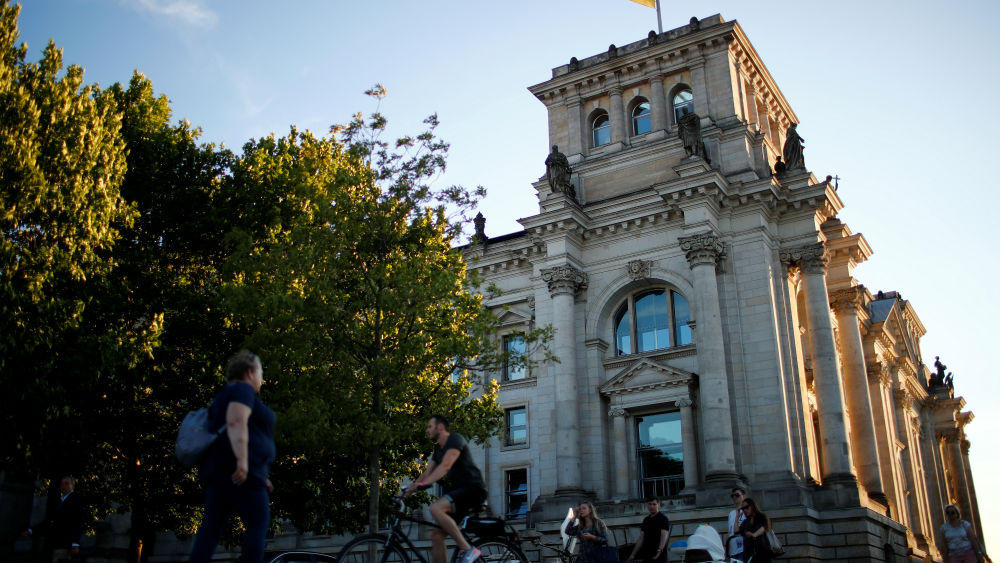 Drinks and relief were flowing freely last Thursday evening in a beer garden in central Berlin, just across the river from the chancellery. Many of those enjoying a cool beer were German parliamentarians and their staff.

They had sneaked out of the Bundestag while waiting for the last vote on the federal budget—one of the final hurdles between them and their summer holidays. It was a welcome return to business, given that many feared their holiday plans might be in serious jeopardy.

A dramatic dispute over migration among Angela Merkel’s CDU/CSU center-right conservative bloc had pushed the chancellor’s fourth-term grand coalition to the brink of collapse. In the end they deferred the row and narrowly dodged a snap election, meaning the summer holidays were back on. But many of the politicians and journalists departing Berlin for the Baltic coast, Bavaria, or further afield are doing so with a sense of dissatisfaction. Even by sedate Berlin standards, the new government is less twinkle- than treacle-toed.

It’s been a year since Germany’s federal election campaign began. Voters punished the CDU/CSU and their coalition partners, the center-left Social Democrats, at the polls, leaving the chancellor scrambling to form a government. After her first attempt to build a coalition with the business-friendly Free Democrats (FDP) and the Greens fell apart, President Frank-Walter Steinmeier told the traumatized SPD to pull themselves together and go back into government. With huge reservations, and six months after election day, they did. Yet now, with barely 100 days in office, the current government has been all but paralyzed by the migration row.

And so President Steinmeier again warned the departing government ministers: stop the political games and get back to work, sooner rather than later. “People expect answers,” he told public broadcaster ZDF in a summer interview. “They want their daily problems to be solved.”

He’s not the only one impatient at the pace—and priorities—in Berlin. A survey for public broadcaster ARD last week showed that migration, despite all the attention and emotion surrounding the topic, is not among Germans’ most pressing issues. Some 79 percent of those polled say they are concerned there aren’t enough nursing care staff to tend to Germany’s fast-aging population. Some 73 percent want more energy invested in education and schools. And 70 percent are concerned about a failure to address the lack of affordable accommodation in urban areas.

These problems are not new. (The demographic time bomb in particular has been coming at us for years. Today, one in five Germans is over 65). But after their worst results last year since 1949, Berlin’s governing coalition parties know their survival next time out depends on delivering palpable improvement on these burning social issues.

With around 36,000 jobs unfilled in the nursing care field, many elderly homes around Germany have imposed a moratorium on new residents. To reverse that trend, a new €570 million plan is offering tax-free bonuses of up to €5,000 for care workers who return to the job—and €3,000 for new recruits.

Despite the huge demand for their services, the rules of supply and demand do not seem to have any effect on their pay. Studies show German care workers (mostly women) are poorly organized and subject to individual pay deals often agreed outside union collective bargaining. The result is that their profession is hugely unattractive, with hourly earnings of €10-14 an hour. That is well below the €17/hour German average—and this for shift-work with significant physical and mental demands.

Given how quickly Germany is aging, Berlin’s plans to add more care workers seem modest: the government promises to fill 13,000 extra jobs by 2019, just a third of the existing gap.

Addressing the lack of affordable housing will be no easier. Berlin has reintroduced a tax credit for home builders and buyers and, in addition, has promised to make €1.5 billion extra available to build social housing. But far more intervention, and greater coordination with the regions, will be required to reverse the trend of 2017, when the number of social housing units actually built shrank by six percent.

In 2017, a federal government report noted how a 50 percent boost in social housing spending in 2017 compared to the previous year “brought no corresponding rise in the building of social apartments,” even though rising rents are putting the squeeze on Germany’s low- and middle-income earners. Experts say that’s because government cash injections are often swallowed up by growing land and construction prices and low interest rates.

Many fear Berlin’s new tax subsidy for house buyers/builders, to a value of up to €12,000 per year, could also miss the mark, driving up prices rather than bringing into the property market some of the 55 percent of Germans who rent. And as Der Spiegel reported, the scheme will end up benefiting wealthier Germans who can afford to buy far more than low-income families who cannot. What’s more, the decentralized nature of Germany’s government leaves Angela Merkel with few levers to influence the pressing housing issue beyond tax subsidies and cash injections.

Education, the third priority for German voters, is another turf war. Post-war rules ensured that education was a matter for the 16 state capitals rather than the federal government. But for more than a decade, Berlin put state capitals under pressure to meet new budget deficit rules, ie cut school spending significantly. In a bid to reverse this, state governments have agreed to relax post-war rules to accept almost €11 billion in federal investment funds.

Plans are underway to renovate moldy schools and kindergartens, increase the number of all-day schools, and boost funds for improved digital infrastructure in education as well.

But the clock is ticking. The SPD has vowed to review the progress in a year’s time to date on the government’s program for the country. After squandering the year since the election, Germany’s grand coalition politicians should enjoy their holidays and come back well-rested. Come autumn, they’ll need to hit the ground running.