Despite operating in one of the most fragmented political systems in Europe, the Dutch prime minister has prospered for almost a decade thanks to his ability to forge alliances and reach compromises with opponents. 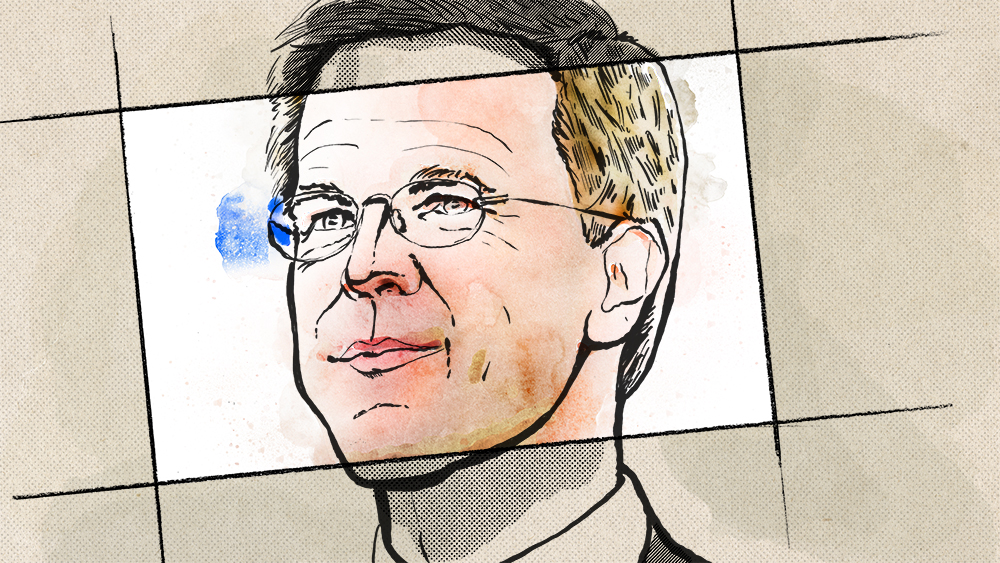 After almost a decade in office and 14 years at the helm of his party, the liberal-conservative People’s Party for Freedom and Democracy (VVD), Prime Minister Mark Rutte remains the dominant figure in Dutch politics. Each of his governments have had a completely different make-up. The first was a minority government together with the Christian Democrats (CDA), the second a grand coalition with the center-left Labor Party (PvdA), and the current is a four-way center-right coalition. In each case, however, Rutte managed to keep everyone together by networking incessantly, deploying his disarming smile and willingness to compromise. The question now is whether he will run again next year or whether he will, for instance, take on a high-level position in the EU instead.

Mark Rutte was born in The Hague in 1967, the youngest in a large family. As a child he spent a lot of time playing the piano and even dreamed of attending a conservatoire.  But by the age of 16 his interest had shifted to politics and he joined the VVD’s youth organization, the JOVD, although by his own account he wasn’t a convinced liberal yet (this came later). Studying history at Leiden University, he gradually worked his way up in the JOVD and spent three years as its national head, learning the art of managing many and varied stakeholders along the way.

After belatedly graduating—due to all his political activities, it took him eight years to complete his studies —Rutte went to work for Unilever, in the human resources department. In his early years in politics he would pride himself on having strong opinions about the best laundry detergent brands and would quip that he would go back to the peanut butter factory if his political career didn’t work out.

He is a life-long bachelor who describes himself as “a bit boring” and, surprisingly for someone who leads a party that stands up for the entrepreneurial class, has little interest in material possessions, often proclaiming that “possession is ballast.” His personal life was a talking point only during his first election campaign in 2006, when there was some media speculation about his lack of a partner. Since then, it has mostly vanished as a topic of discussion.

Political scandals never seem to do him much harm, even the significant number revolving around cabinet members from his own party. His jovial mannerisms—one of his catch phrases is pointing out how much of a cool country the Netherlands is—his willingness to deflect incoming attacks by rapidly apologizing for any wrongdoing, and his debating skills have meant that any difficulties usually slide off him. He has earned the nickname “Teflon Mark.”

The political system in the Netherlands fragmented earlier than in many other countries: the Dutch have experienced the decline of traditionally dominant mainstream parties, the rise of right-wing populism, and an increasingly volatile electorate since the 1990s. As a result, large coalitions, often consisting of ideologically disparate parties, are common. Rutte has thrived in this political environment.

Straight after he was plucked away from his desk at Unilever and installed as state secretary for social affairs and employment, he demonstrated his political skills by using his charm and willingness to engage directly with political opponents in order to push through controversial social welfare reforms. Putting his apparently infinite energy to good use in a strategy that would become his hallmark, he spoke to everyone involved and used his jovial style and approachability to get people on board through constant engagement with all stakeholders.

Even political opponents rarely leave a room after a meeting with Rutte without the feeling that they have built a special relationship with him. He subsequently cultivates these relationships by staying in touch with a large number of people he has met over the years, spending more time on his phone than the average teenager.

Following a stint as state secretary for education (a pet portfolio), he ran for the party leadership in 2006 against the popular minister for integration and asylum affairs, Rita Verdonk. The support he had built up within the party through the years of networking helped him win the nomination.

However, it took him until the election of 2010 to  craft a political profile that resonated with Dutch voters. Having initially charted a more progressive course, including a political strategy dubbed “GreenRight,” referencing the name of the Dutch green party GreenLeft, he moved his party to the right. Setting personal ideological considerations aside, he made the VVD the largest political force in the Netherlands, winning just over 20 percent of the popular vote. This pragmatism would become the hallmark of his political career.

He managed to become the first liberal prime minister of the Netherlands in almost a century by creating a minority government with the CDA, supported in parliament by the far-right populist Party for Freedom (PVV), led by Geert Wilders. Cooperating with Wilders, who had broken away from the VVD in 2004, led to severe criticism, both domestically and internationally. With the PVV refusing to take on government responsibility, it also meant having to placate Wilders all the time. Eventually, the government fell when the PVV refused to accept a new budget, Rutte turned to the centrist opposition and successfully passed a spending plan including significant cuts and tax increases before the next election.

The subsequent election turned into a contest between Rutte and the leader of the center-left PvdA, Diederik Samson. Voters on the left flocked to Samson, hoping to keep Rutte out of office, while those on the right opted for Rutte over Samson. The end result was a coalition of the two main protagonists. As Rutte’s VVD was still the largest party with a (by Dutch standards) whopping 26 percent of the vote, he remained prime minister. Although his coalition had a solid majority in the lower chamber of parliament, its lack of a majority in the upper chamber meant passing legislation still required constant deal-making with the opposition. Rutte’s interpersonal skills and, possibly even more importantly, his ideological flexibility and willingness to compromise made it happen.

Managing a difficult coalition has become even more important during his current term. In the 2017 election campaign he fought off the challenge from Wilders, whom he described as representing the “wrong kind of populism.” He did so by moving further to the right on issues such as integration and immigration. After 225 days of government-building talks, he formed a four-party coalition, resting on a one-seat majority. In part thanks to the rise of a second right-wing populist challenger, the Forum for Democracy (FvD) led by Thierry Baudet, Rutte’s new coalition lost its majority in the upper chamber halfway through its term. This has forced him to again use all his process management skills to get anything done and keep his government together until the next election in 2021.

Rutte’s political style is one that could be taken as a model for many other European leaders faced with increasingly fragmented political systems. According to his biographer, Dutch columnist Sheila Sitalsing, he manages the decline of previously dominant mainstream parties of the center-left and right by taking the ideological contest out of politics. He combines a willingness to compromise with an ability to push through large chunks of his party’s program at the expense of coalition partners—something the PvdA can attest to after losing three-quarters of its seats in 2017 because it was seen as having enabled VVD policies. Rutte, meanwhile, retained his core support.

Within the EU, Rutte has played less of a connecting role. He has always been a soft supporter of European integration, preferring to focus on the economic benefits it brings, and he has often relied on his finance ministers to act as the bad guys in Brussels for him. More recently, he moved himself into the firing line by seeking to prevent any significant further integration and especially any fiscal transfers.

Following the Brexit vote, the Dutch realized that they were about to lose an important liberal and pro-free trade ally within the EU, one that the Dutch have often hidden behind. In response, they are now taking the lead at the helm of a group of fiscally conservative countries, the so-called New Hanseatic League. This group played a large role in torpedoing the introduction of a eurozone budget, which France had pushed for, after suggestions that Germany might back the idea. Recently, Rutte became the informal leader of the even more pithily named Frugal Four, a group of net contributors to the EU budget (the Netherlands, Austria, Sweden, and Denmark) that opposed higher spending.

His often controversial positions within the EU notwithstanding, there was much speculation last year that Rutte could be in line for an EU top job. As a liberal from one of the Benelux countries, who is held in high regard by many colleagues, including German Chancellor Angela Merkel, he appeared to be perfectly suited for Council president in particular. However, the fact that early on he put his weight behind compatriot Frans Timmermans for the commission presidency suggested Rutte did not actually want the job.

This would fit with Rutte’s earlier claims that he will leave politics behind after his stint in the “little job”—as he likes to refer to the Dutch premiership. However, it would not be the first time that he has changed his mind if he does eventually decide to leave The Hague behind for Brussels, possibly after the election in 2021.