Throughout his career, US sociologist RICHARD SENNETT has been thinking about how cities work and modern societies function. He predicts the pandemic will bring about profound changes. 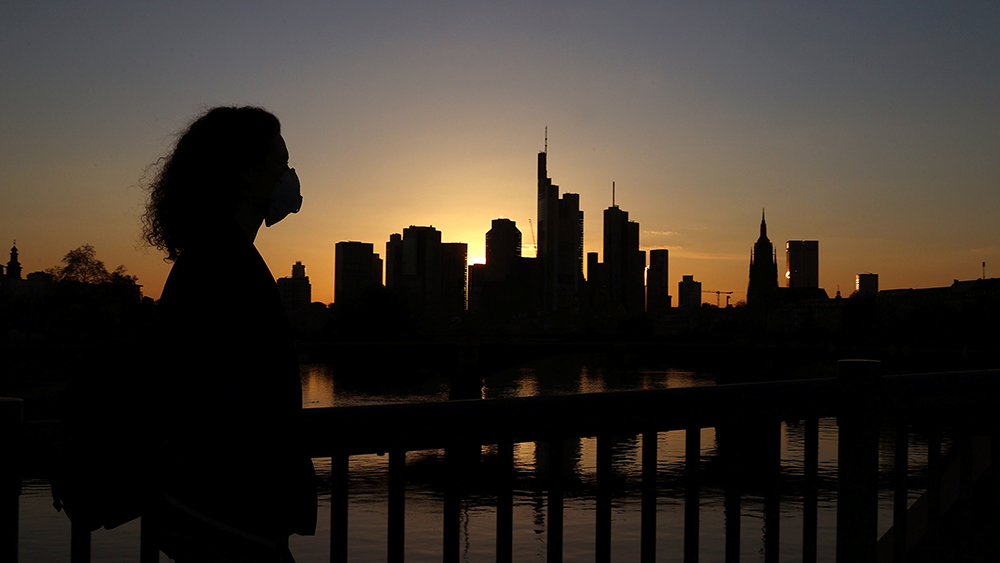 Professor Sennett, this spring, almost all of mankind is living under exceptional conditions. Will this state of emergency last? What political and social consequences do you foresee? What we see now might last for a very long time. It might be the new normal. I’ve had one similar experience back in the days in New York, shortly after 9/11, in which the building laws for new constructions were changed to say that the first eight floors of every building had to be bomb proof. It took decades to undo this extension of planning power. In a larger way, this is what Giorgio Agamben’s Homo Sacer is about: That a crisis allows the state to take extraordinary measures of control which then outlive the crisis. Not just urbanists worry that freedom of association in public places—which has to be squeezed now—will continue to be squeezed, that those rules might stay in place.

States like China are using the crisis to legitimate the increase of societal control. Do you expect more surveillance and more control in Europe, too? Not in Europe, no. But I do see it for the United States. The cliché is that the US is an individualistic country. But in fact, its impulses are quite repressive when it is faced with a crisis. In the United Kingdom, I see a different issue. There are a lot of rumors beginning about Brexit because of the pandemic. And it’s beginning to really strike people that Brexit was an enormous fraud. Many of the things we need to do, we’ll have to do with the European Union as a whole. We just missed the chance to find respirators in cooperation with other countries in the EU. Another example is climate change. The UK has disabled itself by withdrawing from the good efforts made by the EU to deal with climate change. It’s become evident to people that the government has no clue what to do right now, what could be British. It’s meaningless. So I’m really wondering if this isn’t the perfect time for asking how we might undo this disastrous mistake. It’s a nationalistic, self-imposed wound. Now, Britain is not the US or Brazil. It might be fairly nationalistic, but its population is not as debased as in America, where they believe that climate change is a Harvard plot.

What does this have to do with the pandemic? You see, a lot of the strategies for dealing with climate change that we are following at the United Nations (where I’m currently working) have to do with densifying cities and making cities more compact. Now, those strategies run up against the fact that in terms of health and healthy cities, this may not be the right strategy. I don’t think we’ll find the answer in building cities where there are no crowds anymore, or no density. We’ll have to find different ways to make cities dense while taking into account that this will not have been the last pandemic.

As the urban civil society is challenged, will we need new concepts about community? Rethink the architecture of density? Might we need to find different physical forms for density to prevent the next pandemic? This is really a subject for research as well as for policy. What is the right way to create a kind of healthy density? One of the things that we have to be very clear about is that the New York model with very tall towers and just a few elevators is a recipe for contagion. So this may be the end of Le Corbusier’s dream of a city of towers. Density is necessary, it’s the rationale for cities. It’s socially a good thing to be exposed to people who are not like yourself; there are all sorts of synergies when you have different people coming together, doing different things.

So, it’s a question of how to make it work? Yes, we have to figure out the right way. Maybe it’s perimeter housing—Blockbebauung—like you have in Berlin. In Paris, one proposal is to create something which is called fifteen-minute cities. These are nodes of density to which people can walk within 15 minutes. There is a particular Parisian inflection to it, because it would mean that key workers like those working for the government or ministries would be getting money to live closer to these ministries, so they don’t need to commute long distances any longer. But again, the question is, do you get the synergies of a big city if walking is the measure? And what would it mean for cities in the developing world, like Mexico City, if you have to walk from your home to the factory? That kind of thinking is more for the long-term, though.

Coming back to the question of density: To what extent will “social distancing” be the new normal, enforced by governments? And what are the consequences for elderly people living alone? Well, these are two different questions. If distancing became the new normal, we would have to abandon most of the public transport we have. That’s not going to happen, and that’s only one example. More generally, it’s a basic flaw in craftmanship to think that one tool serves all purposes. Distancing is a tool that’s useful right now. But if you say that’s our strategy—which is a defensive one—basically you would drive back people person by person into automobiles, thereby increasing the climate crisis. So that can’t be the way. Distancing is only a temporarily move. Is mustn’t be permanent.

And the elderly? From a demographic point of view, Europe is configured very differently from the Anglo-Saxon world. My impression is that there is a lot more inter-generational social contact with elderly people in Germany, certainly in southern Europe. One of the most striking sociological facts with regards to UK and the US is that after people become about 65, their rate of connection even with their own families drops rapidly. The US and the UK are very much orientated to the now, to the nuclear family. The elderly are sort of lost in that process. The temporary need for social isolation raises deep questions about the weakness of our civil societies. One of the marks of strong civil societies is that even if people do not see each other all the time, they are in contact with each other. This pandemic is revealing all kinds of ignored fault lines in neoliberal societies. The US, the UK, Australia—they all have very neoliberal societies which don’t help people in a crisis. Their welfare systems are abysmal because they are privatized.

With the pandemic, we are seeing a surge in the use of high tech for surveillance. Do you see a chance of the pandemic also humanizing high tech in cities? Yes, I think so! Even the surveillance devices could be humanized. Technology is neutral. It’s a tool. You can use it for good or for bad. People do share a lot more information with each other online these days, they are way much more social, which is a good thing. There is one issue which is disturbing, though, and that is the relation between the changes in the workplace that are happening because of the pandemic, and inequality. I’ve been studying labor for a long time, and I believe that we will see a kind of triage in this “working from home.” People who have middleclass jobs where they can work electronically are independent to a certain degree. But if you are a hospital worker or a garbage collector, working from home is a meaningless concept. You have to be face to face with other people. And that worries me: if there is a long-term effect from shifting more labor toward working autonomously from home, the inequalities between the working classes, the service classes, and the bourgeoisie will become even more starker. This is a gigantic natural experiment.

The interview was conducted by Martin Bialecki.