Home Berlin Policy Journal The Case for a Sovereign Europe

With Donald Trump in the White House, the limits to European sovereignty are becoming painfully clear, even in the economic realm. It’s time to embrace a new strategy. 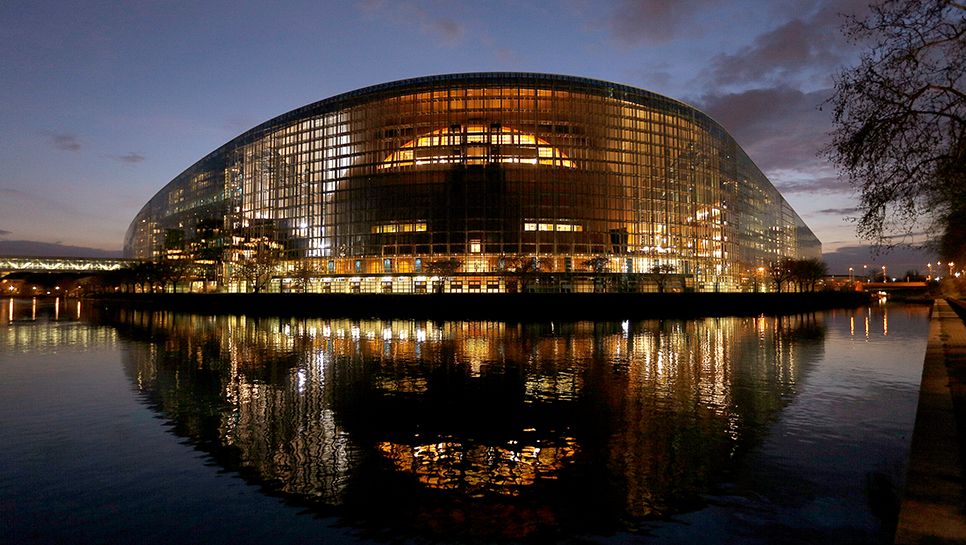 Sovereignty is like oxygen―you don’t notice it until it’s gone. But then you really miss it.

For Europe, the United States’ withdrawal in 2018 from the Iran nuclear deal was that type of asphyxiating moment. That decision not only undid the signature European foreign policy achievement of the last decade, but also demonstrated that Europeans were virtually powerless to oppose a determined US president even as he trampled all over European preferences and European interests.

In retrospect, it appears that on a host of issues from defense to technology standards to trade, the EU has never been as sovereign as it thought. Even the EU’s vaunted economic power now appears as the result of a relative lack of geopolitical interference and competition. A time of fiercer geopolitical competition and an America more focused on its own narrow interests has exposed the EU’s lack of independence in new ways.

A re-invigorated European sovereignty could limit the damage and help protect European citizens. It would ensure that European leaders have the power to promote European values, to defend a multilateral system that helps protect European interests, and to allow Europeans to trade and invest with whomever they please. In other words, they would regain the capacity to decide their own fate, which is virtually the defining characteristic of any political community.

The cost of their current lack of capacity is manifold. Europeans have different interests than other powers in a wide range of areas. Russia, a country that periodically invades its neighbors, presents some obvious challenges for European security. Less obviously, China is buying up European companies that are strategically important for European security and prosperity as well as acquiring political leverage over European member states through its massive investments. It has already used that leverage to pressure European countries to block critical language on its human rights abuses at the United Nations. And most disturbingly, the policies of the Trump administration mean that Europeans need to acknowledge that their interests and values increasingly diverge from the United States.

Of course, the transatlantic alliance remains a pillar of European security and prosperity—breaking it up is worse than unthinkable; it is unwise. But the Trump administration’s opposition to multilateral institutions, its callous disregard of allied concerns, and its willingness to leverage the US economic and financial system for geopolitical purposes all endanger European interests and values.

Europe seeks to secure its troubled periphery while the Trump administration is stoking tensions in the Middle East. The EU would like to defend rules-based international trade, while the Trump administration is actively undermining the WTO and its dispute resolution mechanism. For these and other reasons, the EU and its members states need the ability to negotiate on an equal footing, even with their closest partner. The transatlantic alliance can only survive if it delivers value for both sides of the Atlantic.

New analysis by the European Council on Foreign Relations shows that European non-sovereignty could soon exact an even greater price, both political and monetary. €191 billion worth of EU trade with Russia every year and around €1 billion of EU trade with China every day would be threatened if a great power decided to impose secondary sanctions on it. Europe’s vulnerability in the cyber space could also prove expensive. Often state-directed incidents such as the WannaCry virus or the attack on the UK National Health Service could cost Europe hundreds of billions of euros.

The emerging industry of artificial intelligence has the potential to contribute more than €13 trillion to the global economy in 2030, according to a PWC study. But it remains unclear whether Europe will tap into this potential if it cannot protect its technologies and its economy from great power predations. Other countries such as the US, Russia, or China could also block the EU from using its own resources to stabilize an African country through the United Nations, send an OSCE monitoring mission to Eastern Europe or bail out a third country through the IMF. And, finally, imagine the security costs of non-sovereignty if Russia decided to treat Poland or Latvia in the way they have treated Ukraine.

The EU needs to look more holistically at the current threats to Europe’s capacity to act and embrace a new concept of strategic sovereignty. Strategic sovereignty would seek to marshal all of Europe’s policy tools and create an independent capacity for prospering in the geopolitical competition Europe has reluctantly entered.

In the economic realm, Europe needs the ability to fight back against secondary sanctions through a stronger, more widely supported INSTEX, a Financial Sanctions Enforcement agency, and a beefed-up blocking regulation. The EU also needs to introduce geopolitical considerations into its competition policy instruments, establish Union-wide foreign investment screening, and expand regulation of state aid beyond just EU companies. For the longer term it needs to bolster the euro’s international role by fostering deep and integrated capital and banking markets, creating a eurozone safe asset, and extending swap lines to partner central banks.

On defense and security, Europe needs to increase its readiness and force posture in eastern Europe to underscore its commitment to the region’s security. It would complement NATO efforts, but also build Europe’s own capacities, in part by introducing a European level of ambition in NATO. The EU could also take over missions in Kosovo and Africa to improve burden-sharing within the alliance. Europe also needs an effective cyber-security institution with centralized functions.

In the political-diplomatic field, Europe should more effectively coordinate its sometimes disparate voices within multilateral institutions, including the UN Security Council, the Human Rights Council, and the IMF. But it also needs to hedge against blockage of international institutions. First of all, Europeans should agree emergency rules with other multilateralists on how to manage arbitration if the Appellate Body of the WTO is blocked. But they should also prepare their own institutions such as the European Investment Bank and the European Stability Mechanism to engage outside the EU and beyond their current mandates if necessary.

The overall goal is to promote a Europe that can prosper and maintain its independence in a world of geopolitical competition. This requires recognizing that even as Europeans continue to support a rules-based multilateral order and the transatlantic alliance, they also need to respond to the interlinked security and economic challenges that other powerful states present. The values and interests of Europe’s citizens depend upon it.