Germany’s record on foreign missions has been mixed. The Bundeswehr has rarely been able to fulfill the government’s political aims, but militarily, the armed forces have grown into their role. 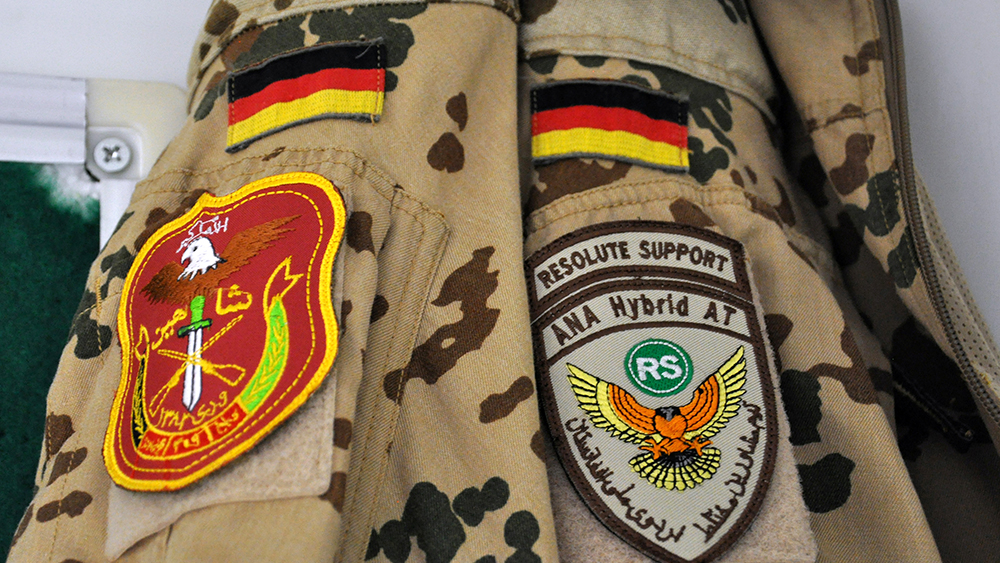 It’s a curious thing that after 28 years of foreign missions in the Bundeswehr, it’s still difficult to establish a clear account of its successes and failures. For one, the Bundeswehr’s foreign missions have varied widely in nature, from deploying medics to Cambodia (1992) to operations in Afghanistan, where the troops (or parts of the forces) are fighting and have consequently also had to kill. Assessing military operations is also a difficult task because the government hasn’t published any official criteria for how the public should do so.

But it’s important to take a closer look at these missions on at least three levels: political, societal, and military. And on these fronts, the record of German overseas missions is mixed. For years politicians were under illusions about which political goals Bundeswehr deployment could accomplish, and strategic communication to both the troops and to German society was inadequate. Meanwhile large sections of society rejected most of the missions. However, this rejection of foreign missions shouldn’t be seen as an expression of a pacifism that is deeply ingrained in Germany, but rather as a sign of a larger political failure to communicate the meaningfulness of “out of area” deployments to the general public. In military terms, on the other hand, the Bundeswehr has “matured” through various missions abroad and is today in a position to act on equal footing with its large NATO partners across the entire range of defense tasks.

The political objectives underpinning Germany’s missions abroad often have often emerged from liberal illusions long in vogue in the Western world. In Bosnia, Kosovo, and Afghanistan, for example, the Western aim was to stabilize and democratize states because of the mistaken belief that only democracy, a free market economy, and rule of law could prevent a repetition of the barbaric events that had necessitated military intervention in the first place.

But it hasn’t been possible to install stable democracies in Bosnia-Herzegovina or Kosovo, and certainly not in Afghanistan. While there are no longer battles between the former civil war combatants in either Bosnia or Kosovo, both countries have struggled to build stable state entities, and tensions between the different ethnic groups remain high—less so in Kosovo, which is ethnically an almost homogenous state. In Afghanistan, even after 17 years of NATO and US military presence, fighting between the Taliban and the central government has escalated once again. The central government is comprised of corrupt politicians more concerned with stuffing their own pockets than taking care of the country’s economic development. If the aim of foreign missions in these countries was democracy-building, it has not been achieved.
In Germany, meanwhile, the governing center-right CDU and center-left SPD have always ensured that the parliamentary mandate required to greenlight Bundeswehr missions has passed with votes from both parties, and with a large parliamentary majority. In this way, lawmakers have signaled to society, but more importantly to German soldiers, that the missions have broad support and are clearly democratically legitimate.

Parliamentary consent hasn’t been much of a problem for German security and defense policy so far. All partners and allies know that the country is rarely involved in military operations on day one. As such, demands from security experts to change the parliamentary reservation, as the mandate is called, isn’t a big political issue. Over the last twenty years, the Bundestag has given neither the Bundeswehr nor its partners and allies any reason to doubt the reliability of the government’s commitments. From this perspective, Germany has “matured” with the Bundeswehr missions abroad. And although some mandates have and will struggle for political support, there has never been any majority opposition to their adoption.

This does not, however, mean there is no need to reform the parliamentary reservation in the future. The more the Bundeswehr gets involved in multinational units, the more difficult it will be to wait for a decision from the Bundestag, especially when the other nations already have deployment orders in their pocket. Berlin acknowledged this problem in the most recent legislative period, but there’s still uncertainty about the future involvement of German troops in multinational units because the possibility exists that the Bundestag could fail to approve the mission.

The assumption that strong parliamentary support for a Bundeswehr deployment will automatically translate into broad societal support has proven to be false. A majority of the German population still opposes the Bundeswehr’s foreign missions. In fact, surveys have revealed that the further away a deployment is located, the more strongly it is rejected by broad sections of society. And the more intensively the Bundeswehr is involved in combat operations, the more difficult it is for political actors to communicate these missions to the general public.

This is not solely because German society is deeply pacifist, or that Germany is a “post-heroic society” (Herfried Münkler), but rather because large parts of the German population don’t feel threatened or affected by conflicts in far-away countries. But when there are crises nearby, like when half a million Bosnian refugees fled their country between 1992 to 1994, German society has been willing to support the deployment of the Bundeswehr to these conflict regions.

In order to gain social support, German politicians have often used black-and-white arguments. The Bundeswehr was to take the field against opponents who represented absolute evil—Hitler-like characters (for example, the “Balkan-Hitler” Slobodan Milosevic) who operate with Nazi-like methods (“The Ramp of Pristina”). But this line of reasoning is flawed because it eliminates from the outset the possibility of peace by negotiation: You cannot negotiate with absolute evil; you can only destroy it. Moreover, in these crisis areas reality often doesn’t correspond to neat black-and-white narratives, and this will soon become clear to German society. Seldom does good fight against evil. In most cases, the difficult choice is between bad and worse.

Another communication mistake was to justify (nearly) all of the Bundeswehr’s foreign missions on purely humanitarian grounds. This gave rise to the general impression that German soldiers—to be slightly hyperbolic—are basically bridge-builders with assault rifles slung over their shoulders primarily as decoration. But as the situation in Afghanistan escalated and German troops became increasingly involved in combat operations where German soldiers also died (for example, in the “Good Friday Fight” in 2010 in the Kunduz Province), this naive impression quickly turned to outrage among the German population.
Politicians were only partially able to adapt their rhetoric to reality. Instead of clear language appropriate to the conditions on the ground, the then-defense minister Karl-Theodor zu Guttenberg spoke of “war-like conditions.” Although this may have been appropriate under international law, it didn’t conform to the general perception in German society, and certainly not to that of the soldiers in combat.

In contrast to the political and social records, in military terms, Germany’s foreign missions have been a success. Germany’s armed forces have matured through the diverse operations and developed into a highly valued partner to allies. Certainly, the path there was stony and difficult. But on the whole, the Bundeswehr is now able to operate across the entire spectrum of capabilities due to the experience it has gained on the ground.

This progress comes in spite of twenty years of poor management that resulted in insufficient equipment for troops, arms procurement procedures that resembled a system of organized irresponsibility, and overly bureaucratic procedures in the defense ministry as well as among the forces that made it nearly impossible to respond quickly and effectively to the needs of soldiers in the field. All of these past structural failures generated the impression that the Bundeswehr was not on equal footing with its partners and allies in action.

Nevertheless, in the past thirty years, the Bundeswehr has been asked to serve as a partner in almost every operation. The foreign missions have not only helped to modernize the Bundeswehr, but have also made it more professional. The experiences gained in the areas of deployment flowed directly into the training of the soldiers (for example with weapons training), which has in turn further prepared the troops for possible future assignments. Despite a lack of equipment, they have served in a highly professional manner. The record on the military level is therefore much more positive than on the political and societal levels.
The Germany military’s growing-up process was characterized by the aforementioned flaws in development as well as wrong decisions. Despite all of the shortcomings that still exist today (especially in terms of equipment), it’s clear in retrospect that the Bundeswehr has coped with its tasks and—despite some adverse circumstances—mastered them. That is above all thanks to the soldiers on duty who have completed their missions despite those difficult conditions.

However, a lack of societal support for missions and a broader lack of political aims—or real criteria for measuring the relative success or failure of foreign missions—remain a challenge. Here it is the responsibility of the political sphere to ensure better security policy communication going forward. It’s not an easy task, but avoiding it will prove even harder.