Home On the New Silk Road Exploring the Physical Reality 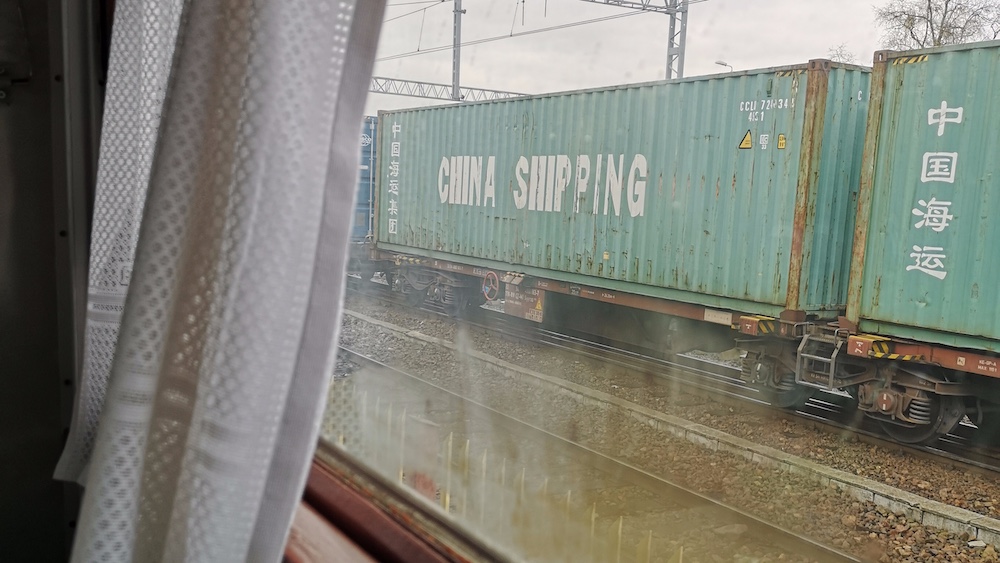 Jacob Mardell has embarked on a journey to investigate how China’s Belt and Road Initiative is being implemented on the ground. His travels are taking him all the way from Brussels to Beijing.

With China’s hugely ambitious Belt and Road Initiative (BRI), the Eurasian supercontinent is being rebuilt. To really see how this is having an impact on the ground, I’m following the path of this New Silk Road. The idea is to explore, on a country-by-country basis, the way BRI is being implemented right now.

It’s been a full six years since the inception of this development strategy that spans from Europe all the way to China itself. The BRI, which has been written into the constitution of the Chinese Communist Party (CCP), has emerged as a defining foreign policy concept of the presidency of Xi Jinping.

It has prompted condemnation from Washington and has divided Europe between those countries that officially endorse the initiative, including most recently Italy, and those that see it as an opaque venture launched by a country the European Commission now considers a “systemic rival.” The BRI has also been responsible for countless op-eds accusing Beijing of “debt trap diplomacy,” along with a deluge of articles outlining the strategic motivations behind what is variously described as a $900 billion, $1 trillion, and even $8 trillion initiative.

And yet, for an initiative so politically important, so vast in scope, and so frequently discussed, there is comparatively little consideration of the physical reality of the BRI and how it translates into action, into roads, bridges, or ports. BRI is a global initiative, but as a program that seeks to forge connectivity through infrastructure, its fabric is inevitably local. That’s why I’m traveling overland from Europe to Asia, investigating the local impact of Chinese-built infrastructure, and considering BRI through the prism of the individual countries.

The idea is to see how the BRI, a concept so large and amorphous, manifests on the ground. While a handful of official policy documents outline the initiative’s scope, these are vast and imprecise, with individual projects left unspecified. Official documents and statements also elaborate on sectors and types of envisaged cooperation, but these range from energy transmission to tourism, essentially covering every sphere of possible human endeavor.

The clearest picture to emerge from these documents is that of the Belt and Road’s aspirational, almost utopian character. It is about ushering in a new era of common development and enhanced connectivity, and with Chinese help forging a “community of common human destiny.” The ideological element of the BRI is frequently overlooked, but it is ever present and not to be dismissed lightly.

Of course, there are also non-altruistic forces at work behind the BRI. As well as forging a community of common destiny, it is more immediately about dealing with overcapacity and surplus capital at home—throwing a lifeline to the state-owned enterprises that ballooned during the boom years of China’s investment-led growth. Supported by various mechanisms of the Chinese state, many of these companies are also being helped to dominate their respective sectors as global champions.

The success of Chinese companies in dredging, shipping, and the running of ports provides a solid case study of how the BRI works as something like a global industrial policy. In tandem with this effort to support Chinese companies, the BRI is also about the gradual internationalization of the renminbi and the promotion of Chinese industrial, cyber, and legal standards.

BRI has a political and strategic dimension too, as some projects help Beijing secure access to resources and lines of communication. And, like any development program, it is also about seeking the goodwill of neighbors and projecting a positive international image.

Many Aims, One Slogan

It is, in other words, an economic-cum-foreign policy concept that kills several birds with one slogan. Some observers have pointed out that many of these processes have been in play since the early 2000s.

This is true. The BRI is essentially the merger of these ambitions under a single brand name—one that has a bigger budget and is tied to the identity of a newly powerful China. This new brand comes equipped with a fledgling ideological framework, promoting Chinese development and the “community of common destiny” as an alternative to paternalistic development aid from the West. That BRI is a concept, or Chinese brand, is clear when one considers the official list of 129 BRI countries (130 now, counting Italy). What unites them is not their geography or receipt of Chinese investment, but that they have endorsed the BRI or signed an Memorandum of Understanding with China on the initiative.

Identifying the BRI on the Ground

In the absence of an official list of projects, identifying the BRI on the ground can only be done through the top-down process of considering the policy documents and guiding principles behind the initiative. That is part of the reason the debate about the BRI is dominated by the bird’s eye perspective. Even the process of identifying BRI projects can be controversial. Making the conceptual leap between global the BRI and the local BRI is even harder.

Making this leap is, however, necessary. Without considering the effects of the BRI on a country-by-country basis, it is impossible to assess the merits, dangers, and success of the initiative as a whole.

Although it seeks cooperation with the BRI through its own infrastructure initiatives, Brussels is nervous about China’s growing influence on the Eurasian continent—in Central Asia, in Eastern Partnership countries, in the Balkans, and even within the EU itself. But Brussels cannot hope to compete, or even know if and when it needs to, without understanding what the governments along the Belt and Road want from China and how the BRI is playing out in their respective countries.

Over the next several months, I will be writing dispatches from along the Belt and Road. I’ll be talking to experts and policymakers in BRI countries and visiting projects, seeking to better understand these countries’ relations with China and reporting on the successes, failures, and peculiarities of BRI projects all the way from Brussels to Beijing.