How can the EU quickly and effectively take decisions on issues of international security? There’s only one workable option: bring the heads of government together in a European Union Security Council. 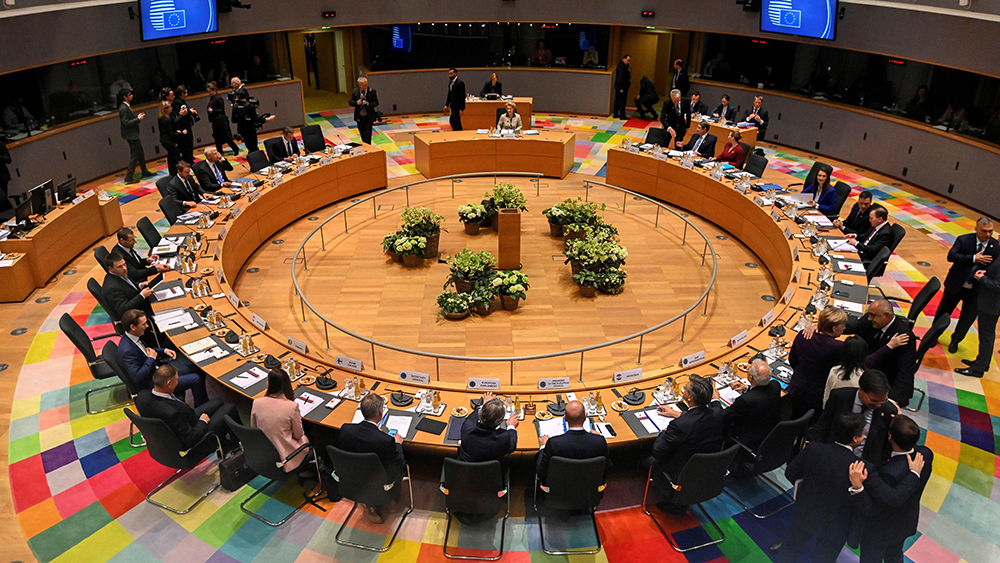 Europe is looking to be a global player rather than just a global playground. To achieve this, it needs a security council. This is essential for gaining strategic relevance―Europe needs to have recourse not only to international fora, but also to a series of instruments of hard and soft power. Swift decision making at the appropriate level is of paramount importance.

Such a security council should meet a number of requirements: it must be representative, be able to both achieve unity of vision and undertake action smoothly, and keep going until the desired end-state has been achieved. Several proposals have been made as to the composition of such a body. I will look into the four most discussed options. Are we spoilt for choice?

The core of NATO is Article 5, which is of vital importance, and not just for the Europeans. For the United States the old strategic truth remains valid: the power that has Europe on its side has the potential to dominate world affairs. For non-Article 5 scenarios, the US prefers to forge ad-hoc coalitions to address each individual crisis. Whenever the European rather than the American interest is at stake, Washington expects the Europeans to forge its own such coalitions. NATO’s role would at most be that of a “supporting agency”—see Afghanistan (strategy determined in Washington) and Libya (without any strategy). These examples also demonstrate that a military approach alone is insufficient. However, NATO cannot provide the other instruments and means that a more comprehensive approach would require.

Within this strictly intergovernmental format, it’s not impossible to image that consensus can be reached more smoothly between France, Germany and the United Kingdom about how to address a particular crisis (even if Germany is unlikely to smoothly align itself with the French and British strategic cultures). But how then to mobilize the required military, civilian, and economic capabilities? Already at the 1998 Saint-Malo summit between the UK and France, it was obvious that addressing even a relatively limited crisis such as the civil war in the former Yugoslavia required the input of all EU member states and all EU institutions. While EU decision-making on foreign policy today—even with qualified majority voting (QMV)—is often difficult, if not impossible, nothing can guarantee that a proposal coming from just two or three member states could count on the capabilities of the other member states and the European Commission for its implementation. Even if the current E3 format were to be enlarged to include one or more member states, the impression of being dictated to from above would remain. This option lacks sufficient representation.

Amending the European treaties would guarantee perfect representation, at least within the EU. Such a step requires a long ratification process, however. Then the question arises: should the establishment of a European Security Council be the only subject of treaty change, or should it be framed as part of the broader Conference on the Future of Europe, which starts this year and is due to conclude by the summer of 2022? The best can be the enemy of the good. Urgency and uncertainty necessitate that we instead creatively look for other formulas, without damaging representation.

Nothing prevents the EU from labelling an extra meeting of the European Council a “European Union Security Council (EUSC)” when heads of state and government are addressing matters of international security. This is the right level, for peace and security are matters that need to be discussed at this top level and demand a combined intergovernmental and community approach. In order to be credible, each time it is convened, such an EUSC must be able to reach consensus about the political objectives and the actions to be taken. That will only be possible if political agreement can be found about a dedicated decision-making process for the EUSC, which leaves space for the heads of state and government as well as the president of the European Commission and the EU’s High Representative for Foreign Affairs.

Keeping the UK close in this context is important. However, having “third countries” at the table would not fit into the EU’s architecture and culture. That lesson has been learned the hard way. Offering “associated” or “observer” membership to third countries within the Western European Union (WEU) framework—for very good reasons at first glance—has over time damaged that union beyond repair. This is why that body’s competences were transferred to the EU, as requested by France and … the UK. This brings us to the ultimate question.

How Would an EUSC Operate?

Five elements are essential for an EUSC to be effective.

First, the agenda: the EUSC would exclusively address matters of international security.

Second, unity of vision: this would be achieved on the basis of the proposal that garners the most support. Member states would be able to “constructively abstain,” and justify that abstention publicly. A veto would only be acceptable if the proposed course of action would directly endanger the national security, in the narrowest sense, of a member state. Qualified majority voting would not fit the nature of the issues at stake; “constructive flexibility” would—safeguarding global security without detracting from the specific national security interests of individual member states.

Third, who undertakes which action: the required assets would be generated through “capability-generation conferences” under the supervision of the heads of state and government together with the European Commission. Member states, however, could not be obliged to contribute, except where the Treaty already today stipulates otherwise. The Commission, for its part, would always deploy its relevant instruments and means.

Fourth, follow-up: the EUSC would commit to continuously take follow-up action until the desired end-state is reached, taking additional measures as and when necessary.

Fifth, partners: when elaborating a course of action, EU partner countries would be consulted from the start about potential participation. The EUSC would not only look to non-member European countries—with the UK as primus inter pares —but also across the Atlantic, to the US, and even world-wide, including organizations such as the United Nations and the African Union, and even countries such as China and Russia, if and when that may be suitable.

The EU is a unique political construction. A European Union Security Council would be the last piece of the puzzle permitting it to pursue a real security policy. Only the option of setting up an EUSC guarantees the conditions for success. As such, we are not spoilt for choice.