The anti-corruption activist and lawyer Zuzana Čaputová is on track to be the country’s next president. 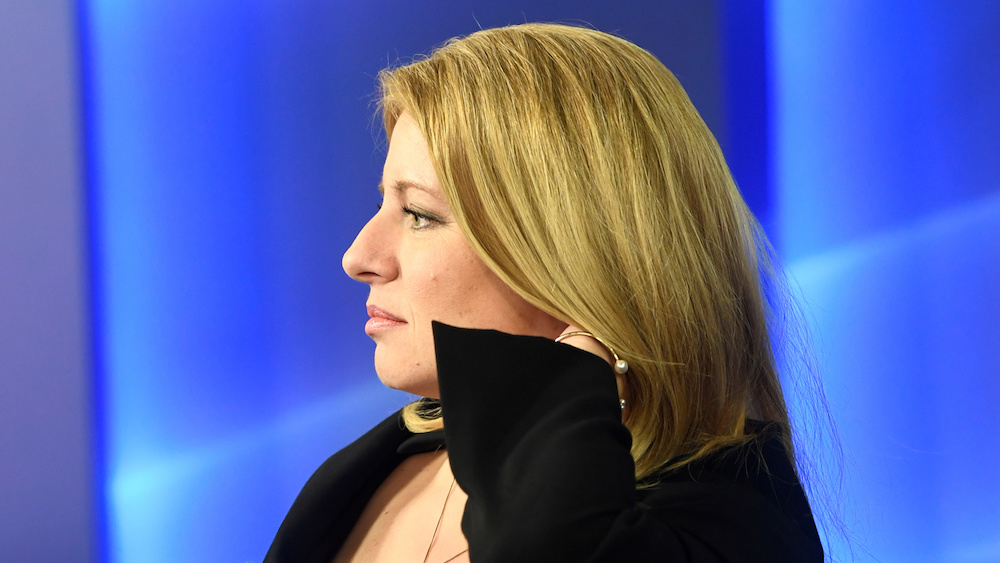 Slovakia may have gotten off to a slow start after the overthrow of communism 30 years ago, but it has since emerged as the star performer of the former Soviet bloc in Central and Eastern Europe. The largely rural country of 5.5 million people is the only Visegrad country in the eurozone and has enjoyed dynamic economic growth in recent years. Nevertheless, like many countries in the region it has been plagued by corruption.

However on March 16, with the surprising victory of an anti-corruption campaigner in the first round of the presidential election, Slovakia showed that it could emerge as a beacon of hope in its immediate neighborhood.

It looks increasingly likely that the March 30 run-off will see the election of 45-year-old lawyer Zuzana Čaputová, nicknamed Slovakia’s Erin Brockovich for her dogged battles against corruption and environmental malfeasance. A political unknown in the country until last year, she is everything that many of her opponents and their peers in other Eastern Europe countries like Hungary and Poland are not: pro-EU, liberal, worldly, principled—and a woman.

In polls, she leads her rival, Maroš Šefčovič, currently the country’s European Commissioner, who is running as an independent but was nominated by the ruling populist-left Smer-Social Democracy party. On March 16, he only managed just 19 percent of the vote compared to Čaputová’s remarkable 41 percent.

A Gust of Fresh Air

Čaputová appears to be exactly the gust of fresh air that Slovakia and much of the region could badly use. The divorced mother of two, who lives with her partner, made her name by opposing a landfill site agreed upon by a big-name oligarch and local politicos near her hometown north of Bratislava, Slovakia’s capital city, for which she won the Goldman Environmental Prize, informally called the Green Nobel. “This small, local case accurately reflects the situation in country,” she said earlier this year, “the battle of the little guy against the political and economic powers that be.”

The grassroots activist Čaputová is a product of Slovak civil society, not the sclerotic political establishment, much of which has been in place since the mid-1990s. Last year, she became vice-chairwoman of one of Slovakia’s newest parties, the left-liberal Progressive Slovakia, which will face its first real test by running in next year’s general election.

Čaputová’s candidacy, with her focus on equal justice for all Slovaks, captured her countrymen’s deep frustration with the graft and clientelism that riddles the country. Slovakia ranks poorly on Transparency International’s corruption register at 57th in the world, behind Jordan and Rwanda but ahead of Hungary and Croatia. “Corruption was the number one issue by far,” says Gabriel Sipos, director of TI’s Slovakia branch. There has been little serious tackling of corruption, although last year two former construction ministers were jailed for graft.

Milan Nič, a Slovak analyst at the German Council on Foreign Relations (DGAP) in Berlin, says that while the figure of Čaputová is significant, “this is a backlash against the populism and the captured institutions, such as the courts. People are simply disgusted with the corruption and weak institutions. Many consider it a last chance to change things or else they’ll leave for abroad.”

A turning point came last February, when the country was rocked by murder of the 27-year-old investigative journalist Jan Kuciak and his fiancée, Martina Kusnirova. They were shot to death just as Kuciak was closing a story on ties between Slovakian politicians and the Italian mafia. Čaputová was one of tens of thousands of Slovak citizens who poured onto the streets across the country for weeks on end to protest the killing and stand up for media freedom. The demonstrations brought down Slovakia’s decade-long Prime Minster Robert Fico (who still heads Smer), but not the Smer-led government. Four men were eventually charged with the killings, and in mid-March multimillionaire businessman Marian Kocner was charged with ordering the murder.

On the campaign trail, Čaputová has promised to end what she calls the capture of the state “by people pulling strings from behind.” Also, in overwhelmingly Catholic Slovakia she has spoken in support for gay marriage, the right of gay couples to adopt, and women’s access to abortion. Breaking completely new ground for a national political candidate, she also directly addressed the country’s minorities in their own languages, using Hungarian, Romanesque, and Ruthenian on her Facebook page and on election night to thank her voters.

Moreover, Čaputová further burnished her reformist image with “the most transparent campaign in Slovakia ever,” says TI’s Sipos. “Her campaign bank account detailed every item, documenting how much went to Facebook, billboards, or voters‘ meetings.” Moreover, says Sipos, she was the only candidate who published detailed tax records.

Reaching Beyond the Base

Čaputová’s core support has come from urban voters, young people, ethnic Hungarians, and the liberal middle class that has emerged during the country’s post-Soviet economic upturn. Slovakia was resourceful enough to turn its Cold War-era tank and munitions factories into automobile assembly plants. Today, the country is, per capita, the world’s largest manufacturer of cars. Small, down-at-the-heel cities and towns that a decade ago looked passed over by the transition from communism, now boast revitalized downtowns, attractive cafes, and lots of new cars. In contrast to Romania’s migrants, many Slovaks who left the country have since returned.

However, Čaputová’s campaign bent over backwards to reach beyond her young and progressive base. “Hers is a whole new style of politics,” says writer and poet Juliana Sokolova from the old Habsburg town of Košice in eastern Slovakia. “She’s sincere and empathetic, not confrontational. And she doesn’t speak in political jargon,” says Sokolova, explaining why Čaputová’s appeal crosses traditional party and religious lines.

Just how definitively a Čaputová victory in the run-off will mean a fresh start for Slovakia—and break from the regional trend toward nationalism and authoritarianism—is anything but certain. For one, the current president, Andrej Kiska, is pro-European and has already started an anti-corruption campaign. The presidency itself is not particularly powerful office in Slovakia, although it does play a key role in picking justices for the constitutional court, the country’s highest judicial body. Moreover, surveys show that Slovaks are just as opposed to migration as their neighbors. In polls, the new parties, including Progressive Slovakia, still trail those of the establishment. And last week an unsettling 25 percent of Slovaks voted neither for Čaputová nor Šefčovič, but for far-right candidates.

Might the liberal vibes in Slovakia nevertheless spill over the borders to its neighbors? Hungarian social anthropologist Peter Krasztev from the Budapest School of Economics says his country’s nationalist Prime Minister Viktor Orbán isn’t losing sleep over events in Slovakia. “We’ve tried absolutely everything to gain traction against Orbán and it hasn’t worked,” he says. “But still, Čaputová is a glimmer of hope. Maybe if Hungarians find someone as absolutely perfect as she is, really without a flaw, then perhaps we’d have a chance too.”