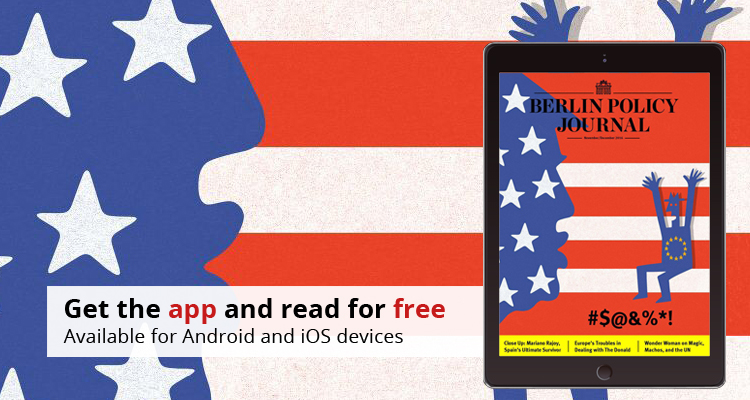 the next us president and europe

Dealing with The Donald

How Europe should respond to the  Trump presidency.

Europe On Its Own?

After months of political standstill, his wait-and-see approach has rewarded Spain’s beleaguered prime minister with another  term in office.

Does Merkel Have to Go?

The chancellor is facing discontent  within her own ranks.

The EU needs to find new ways of mastering its various crises.

Italy’s prime minister may be the next to fall over a referendum of his own making.

No Tie, No Support

Greece has fallen out of love with its  once-revered leader.

There is an opposition in Russia. It just  lacks room to maneuver.

The Minsk II accords don’t work, but they serve a purpose – as long as anti-Kremlin sanctions remain in place.

Not by the Sword Alone

The UN’s controversial new ambassador on men, Merkel, and miniskirts.