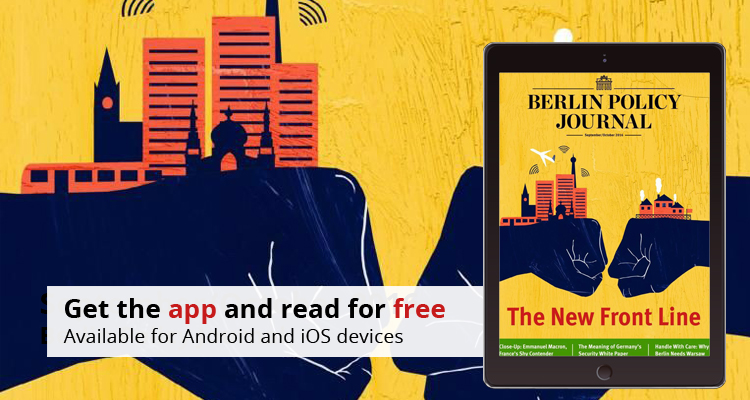 The post-1945 international system  is under pressure, not least by  forces in the West. With the right steps  taken, however, it can endure.

How to deal with those political forces insufficiently described as populist.

Right-wing populism in France, the Netherlands, and Northern Europe.

Come spring, who will become France’s next president? The non-conformist former minister of the economy has more than  an outside chance.

Good Europeans? Not Quite

“Turkey Is Much Bigger  Than Erdogan”

The West’s first task: Reassuring the country of its place in the world.

Developments in Turkey after the failed coup pose dilemmas for the EU.

A Milestone, Not an End Point

… but some issues need clarification  before the Franco-German couple works hand-in-glove on defense.

Greece’s former finance minister defends his  record and explains how to save Europe.