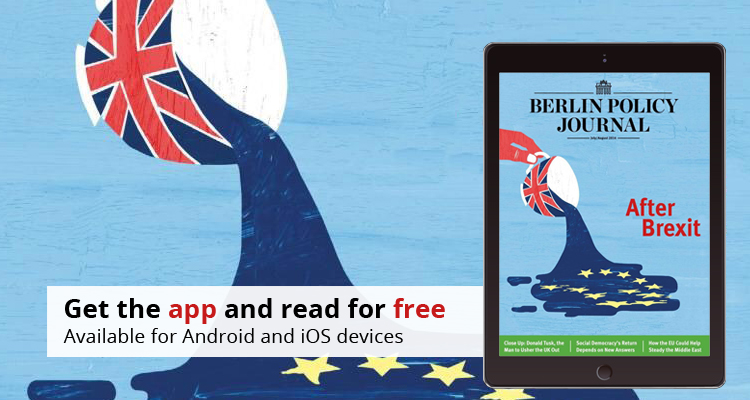 Berlin and Brussels would do well to  think deeply about the consequences and finer points of the EU-UK divorce.

Views from Germany, France, and Poland.

How the United Kingdom’s departure will affect its foreign and security policy.

The former Polish prime minister may become the man to  negotiate Britain’s exit from the EU.

Playing to the Gallery

Is Angela Merkel’s coalition partner banking on foreign policy as an election winner?

The EU can help stabilize North Africa and  the Middle East. Here’s how.

“Democracy and Islam  Go Together”

Lawmakers from the Islamist Ennahda party on turning Tunisia into a democracy.

There is no need to apologize for  the EU’s migration policy, but there’s  still room for improvement.

The country of poets and thinkers wants to  be seen thinking. It may be sinking.

The End Is Not Nigh

There is little in the way of a common  agenda when Berlin takes over the G20 presidency from Beijing.